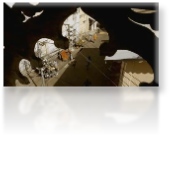 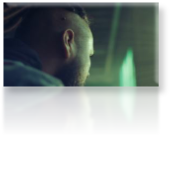 Born in Durban long ago, Graham's passion for film and entertainment was evident at a very early age. He was the official Friday night movie projectionist.

Went to varsity to study accountancy, law, or medicine but landed up studying drama instead (where he played an accountant, a lawyer and a doctor). Moved to Johannesburg in '88 to:

1) Start his love affair with editing and post production.

2) To collect the film industry and bring it back to Durban.

He quickly realized that his ADD was well suited to commercials and founded Orchestra Blue Post Production at the beginning of 1990...and is now trying to move the beach to Johannesburg.

Has edited well over 1000 ads, loves performance, humour, the epics and the smaller, simpler, cleverer ones.

He is a frustrated muso. Frustrated 'cos he cannot play an instrument but he has been known to play library music quite well.

Biggest Fear: That one day he will have to get a proper job.

Favourite Saying: “Don't tell me why I can't, show me how I can”.